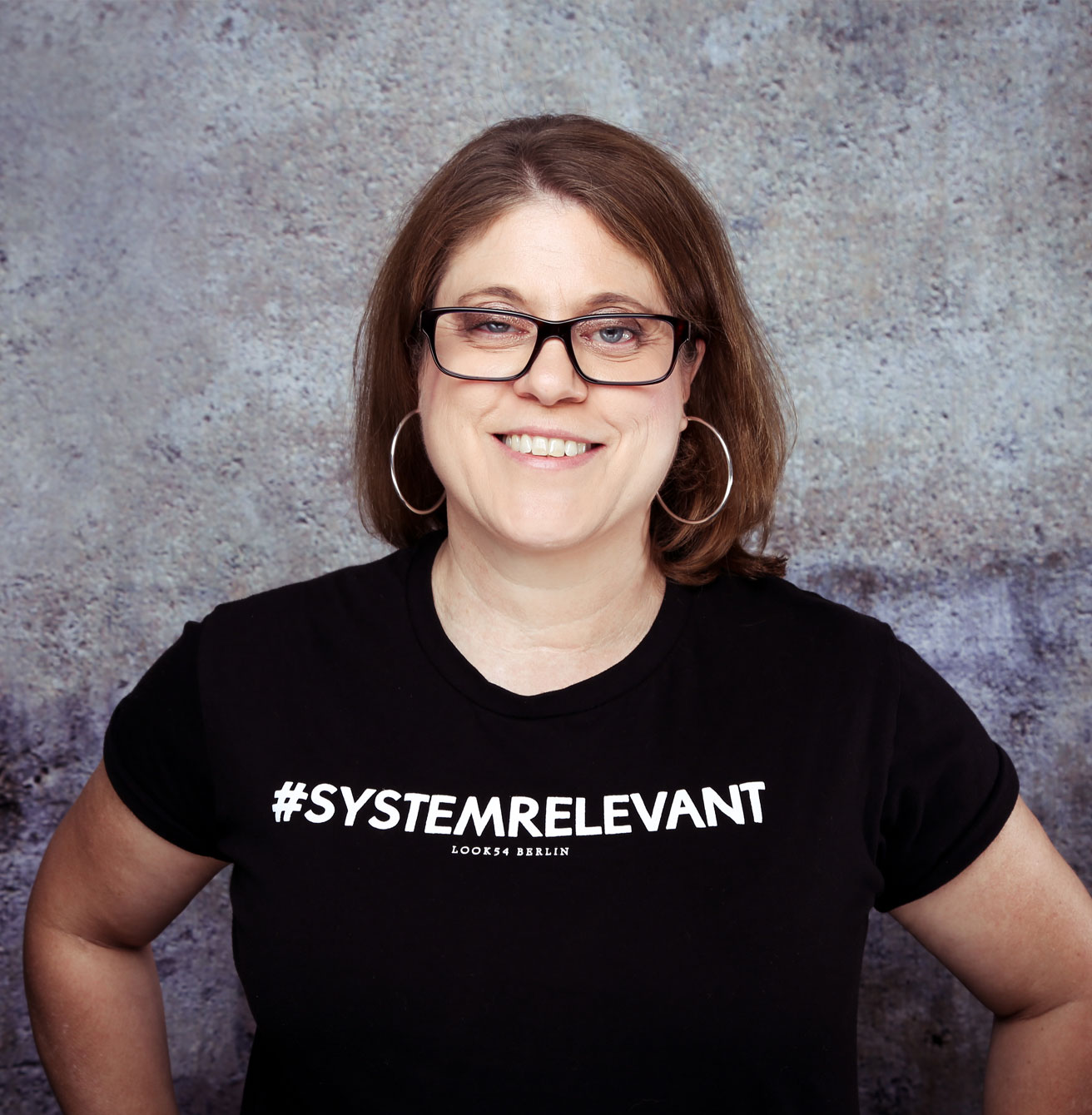 Understanding Successful Legal Advice as a Creative and Formative Process

In 1997 I was admitted to the Bar Association of Berlin and Lisbon and in 2007 began specializing in IT Law. Since 2002 I am running my own law firm with a focus on corporate mandates in contract, IP and IT Law. I studied and completed my doctorate in Regensburg, Germany, with a stopover at the EIPA (Maastricht). While working, I acquired the qualification of IHK-certified bookseller at Bücher Pustet, Regensburg. Continuing education and collegial exchange as well as entrepreneurial experience and affinity to my clients’ industries are as much a part of my guiding principles as social and international commitment.

In 1997 I was admitted to the Bar Association of Berlin and Lisbon and in 2007 began specializing in IT Law. Since 2002 I am running my own law firm with a focus on corporate mandates in contract, IP and IT Law. I studied and completed my doctorate in Regensburg, Germany, with a stopover at the EIPA (Maastricht). While working, I acquired the qualification of IHK-certified bookseller at Bücher Pustet, Regensburg. Continuing education and collegial exchange as well as entrepreneurial experience and affinity to my clients’ industries are as much a part of my guiding principles as social and international commitment. 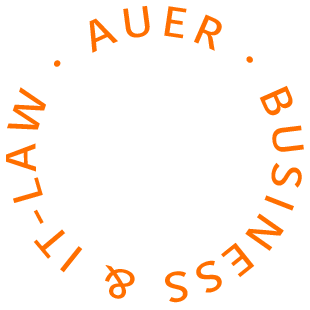 Years of Practice and Valuable Experience from Complementary Disciplines

My committee experience goes back to more than a decade of commitment to the German Bar Association (DAV), its sub-organizations and secondments to committees of various organizations. These included Chair for DAV-IT-Recht (davit) in the German Bar Association (DAV) until 2019; 12 years on the DAV Board and Vice President until 2021; co-founder of ARGE Anw ltinnen and DAV Portugal and member of the Executive Committee of ARGE Internationales Wirtschaftsrecht. Additionally, I am treasurer on the board of the Berlin Bar Association and have been editorial director of the Berliner Anwaltsblatt since 2016. I was an advisory board member and general representative in the hospitality industry for Brendal Hotel Group from 2017 to 2020. More about my profile at Vita or LinkedIn.

At DAV-IT-Recht (davit), I initiated the introduction of the specialist IT Law Bar and have been a member of the Berlin Bar Association expert committee since 2006 and chairperson since 2010.
As editor of Beck’sche Handbuch IT- und Datenschutzrecht (Beck’s Handbook on IT and Data Protection Law), I am an expert author, lecturer, speaker and moderator on the topics of IT Law, data protection, copyright, digitalization, AI, legal tech and hospitality. I am a coach and mentor on diversity and work-life concepts.

Dr. Astrid Auer-Reinsdorff advises and assists clients – primarily corporate businesses – from the initial legal assessment of a business or project idea to the concrete structuring of contractual relationships with customers, suppliers and service providers. In addition to the contractual arrangements, legal advice includes data protection and copyright issues. Her many years of experience in formative advice give Dr. Auer-Reinsdorff the essential knowledge needed to handle even the most intense cases and partnerships even when reaching a point of escalation. This ranges from the preparation of management summaries to the decision making process; moderation of leading committee meetings and representing clients in disputes. In addition, she has been working as a conciliator for the DGRI conciliation board since 2015.

Dr. Astrid Auer-Reinsdorff advises in particular on the drafting of contracts and their interpretation and application. The spectrum of contractual advice includes IT outsourcing, cloud service, software, hardware and IT system creation agreements on licensing, marketing and franchise and know-how protection agreements as well as company purchase and transfer agreements, lease agreements and legal due diligence.

She keeps an eye on the requirements for IT risk management and IT compliance and their implementation in companies. As an expert, she moderates, lectures and publishes on current issues of digitalization and change processes in companies and industries.
Dr. Auer-Reinsdorff’s passion for IT Law began in 1999. Prior to that, Dr. Auer-Reinsdorff worked in an insolvency law firm dealing with reorganization and corporate governance issues, including international issues, as well as providing support in construction projects with a focus on shopping centers and discount store locations in Berlin. Thus, a loyal client base from the construction industry is still advised by her today – disputes on defects, delay and acceptance – here IT and construction projects are similar.

Dr. Astrid Auer-Reinsdorff has accompanied the swimmer Yusra Mardini and her management since 2020. At the wirmachenwelle e.V. association – which Johanna Steudtner initiated together with her brother the big wave surfer Sebastian Steudtner – she supports the commitment to social surfing projects.

Dr. Auer-Reinsdorff has been working as a lawyer for more than 20 years with a focus on formative advice. As a specialist in IT law she advises both SMEs and listed companies on IT projects and all questions of digitalization. In addition, she acts as a single point of contact for clients in start-up, consolidation and succession processes. In doing so, she draws on an experienced and established network. Her focus is on providing creative advice on the realization and acceleration of business models, especially in the digital environment and in the hospitality & events industry.

She has practiced as an IT specialist lawyer for many years and is active in the German Bar Association and it’s subdivisions as well as in interdisciplinary networks, including international ones, and is involved in the National IT Summit process.

As a lecturer and editor of Handbuchs IT- und Datenschutzrecht (Handbook for IT and Data Protection Law), she significantly shapes the specialized field of IT law.
Dr. Astrid Auer-Reinsdorff started her professional career working for national and international law firms of medium size in Düren and Berlin as well as in the legal department of an international chemical company in Brussels. Prior to that, she studied law at the University of Regensburg, was seconded to the European Institute of Public Administration during her legal traineeship and completed her doctorate on a European law topic.

Compensation of lawyers has generally been based on the Lawyers’ Remuneration Act (RVG) since July 1, 2004, last amended on August 10, 2021

Consultation fees of an hourly or flat rate are determined based on the complexity and scope of the matter. 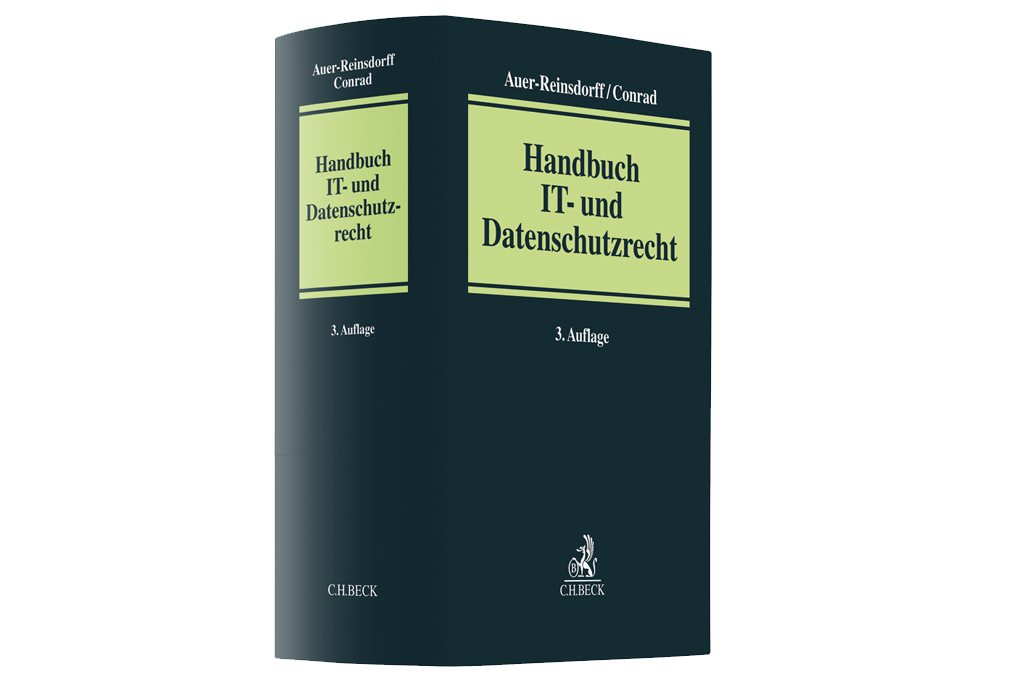